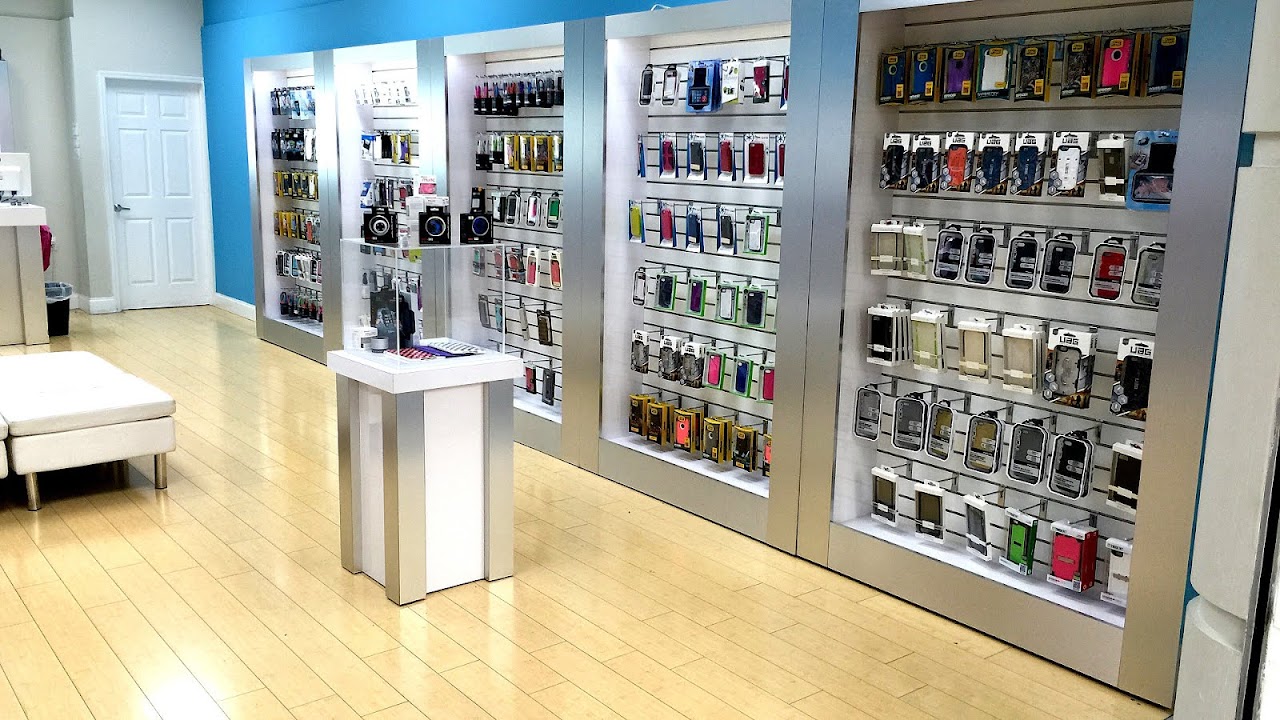 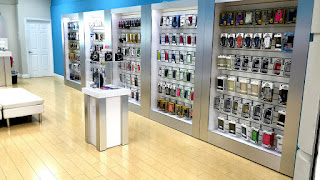 Chalk's Ocean Airways Flight 101 was an aircraft crash that occurred off Miami Beach, Florida, in the United States on December 19, 2005. All 20 passengers and crew on board the 1947 Grumman G-73T Turbine Mallard died in the crash, which was attributed to metal fatigue on the starboard wing resulting in separation of the wing from the fuselage.

It was the first fatal passenger incident for Chalk's Ocean Airways and was a similar accident to China Airlines Flight 611 which also crashed due to metal fatigue 3 years earlier.

On December 19, 2005, Chalk's Ocean Airways Flight 101 from Fort Lauderdale, Florida, United States to Bimini, Bahamas, with an unscheduled stop at Watson Island, Miami, Florida, crashed off Miami Beach, Florida. Witnesses saw white smoke billowing from the aircraft before the right wing ripped off and the aircraft plunged into the ocean.

The aircraft crashed and sank in Government Cut channel, a waterway which connects the Port of Miami with the Atlantic Ocean. Government Cut was closed to shipping until 6:30 p.m. on December 20, stranding at least three cruise ships.

The aircraft was a Grumman G-73T Turbine Mallard manufactured in 1947. The captain was Michele Marks, 37, of Boynton Beach, Florida. Marks had been promoted to captain a year prior to the accident. First officer Paul DeSanctis, 34, of Wyomissing, Pennsylvania, had joined the airline 8 months before the accident. Marks had 2,820 flight hours under her belt and DeSanctis had accumulated 1,420 flight hours. Both pilots died in the crash.

On December 22, 2005 the NTSB issued a press release which included pictures showing metal fatigue on the wing that broke off. The discovery of the metal fatigue in the wing lead to Chalk's Ocean Airways voluntary grounding of the rest of their fleet for further inspection.

On May 30, 2007, Reuters reported that "The National Transportation Safety Board asserted Chalk Ocean Airways failed to identify and properly repair fatigue cracks on the 1947 Grumman Turbo Mallard. The plane lost its right wing a few minutes after take-off for the Bahamas at 500 ft (152 m) and plunged into the shipping channel adjacent to the Port of Miami on December 19, 2005." The safety board, in its final report on the probable cause of the crash, noted numerous maintenance-related problems on the aircraft and another owned by the company, raising questions about Chalk's Ocean Airways' aircraft maintenance practices. "The signs of structural problems were there but not addressed," safety board chairman Mark Rosenker said. The safety board also said the Federal Aviation Administration (FAA) failed to detect and correct the airline's maintenance shortfalls. Regulations exempt older seaplanes from rigorous structural oversight. Chalk's had no comment on the safety board's findings. The FAA said it had no indication that the airline's maintenance program was in question. "The regulations are crystal clear that the carrier has primary responsibility for the airworthiness of (its) fleet and that includes making appropriate structural repairs," the agency said in a statement.

The NTSB determined that the probable cause of the accident was a fatigue failure in the right wing initiated by a crack in a span-wise stringer close to the wing root. The crack had been detected running through a slosh hole (an aperture in the wall of the stringer that allows fuel to flow from one side of the stringer to the other) and seemingly repaired earlier, but the repair was eventually to prove ineffective.

The Mallard was designed in the 1940s with a so-called 'wet wing' where the fuel tanks, instead of being separate items within the wing, are constructed from sealed-off portions of the wing structure itself. This eliminates the additional weight of the tanks and also allows more fuel to be contained within a given wing size. The drawback of this form of construction is that all the joints around the tank seams must be sealed in order to ensure the tank is fuel-tight. In addition, the normal flexing of the wing in flight has a tendency to open seams over extended periods of time, leading to fuel leaks. Grumman, the manufacturer, had issued warnings as early as 1963 about fuel leaks from the Mallard's wing being indicative of possible structural problems. However, for unknown reasons the airline did not consider this particularly relevant to its own aircraft.

The accident aircraft had, over a period of several years, developed chronic fuel leakage problems from both wings that had been remedied by the operator by repeatedly applying a sealant to the inside seams of the fuel tanks. Unfortunately, in applying the sealant inside the right wing tank the operator had inadvertently applied the material over a damaged lower stringer (an important, load-bearing structural member of the wing) in such a way as to conceal a fatigue crack. The crack had been discovered during previous maintenance, and an attempt was made to repair the crack by grinding it out. In applying the sealant, the operator was required to access the inside of the fuel tank using small removable inspection hatches in the top surface of the wing. This resulted in poor visibility and awkward conditions for working inside the tank. Unfortunately the sealant concealed the previous repair to the stringer and made subsequent checking for further damage to this component (i.e., any crack growth) impossible.

The first outward sign of possible significant problems with the accident aircraft was when a chord-wise (running from the front of the wing towards the rear) crack was noticed in the skin of the lower surface of the right wing at the root. After several failed attempts at stopping the crack by drilling stop-holes, the crack was repeatedly repaired by affixing doublers (metal patches intended to take over the load from the damaged part, a normal repair procedure for minor skin damage), which were riveted over the cracked skin. However, the crack continued to grow, requiring longer and longer doublers to be fitted. Although the skin crack was slowly getting longer it was not thought to be anything other than a skin problem, which could be dealt with by affixing a doubler.

Like most aircraft of the period, the Mallard was built using an aluminium stressed skin construction. Unlike earlier fabric covered aircraft where the fabric covering is merely for aerodynamic purposes and contributes little to the overall strength of the airframe, the metal skin itself carries part of the flight loads and is stressed during flight. Many such aircraft develop minor skin cracks over time; provided appropriate action is taken to repair any cracking, the safety of the aircraft is not compromised.

The unseen cracked stringer on the accident aircraft allowed the right wing to flex more during flight which increased the bending forces at the root such that the visible skin crack slowly increased in length with each subsequent flight.

The crack in the underside of the wing grew in length until the wing was so weakened it was unable to support the flight loads during the accident flight, and the wing separated. This caused the fuel contained within the wing to be released and ignite, resulting in the fire that was seen by witnesses.

On examination of the wreckage, investigators discovered that, in addition to the external doublers, internal doublers had also been affixed to the root area of both wings. However, maintenance records for these repairs were not available. Investigators also concluded that the cracked stringer that initiated the wing loss had probably failed completely some considerable amount of time prior to the accident, leading to a substantial weakening of the wing structure.

The accident aircraft had been built in 1947 and the manufacturer, Grumman, had produced only 60 examples of this type. Grumman ceased production of the aircraft in 1951, leaving operators with no source of new spare parts. Chalk's Ocean Airways had to resort to acquiring several un-airworthy Mallards to cannibalize for spares. In addition, the sort of aircraft used for Chalk's operations, a passenger-carrying flying boat, is of a type no longer manufactured by aircraft companies, so the option of replacing the aging Mallard fleet with newer designs was not available. At the time of the accident, the accident aircraft was 58 years old, had accumulated more than 31,000 total flight hours, and had completed over 40,000 take-off/landing cycles.

When certificated in 1944, the Mallard design was required to satisfy a static strength analysis. However, no fatigue requirement was yet in force, as no satisfactory fatigue analysis method had been developed at that time. The Mallard therefore had not been designed with any 'safe life' figure, unlike most civil transport aircraft today, which have designed fatigue lives of around 65,000-70,000 hrs, or twenty years. In addition, no authorized repair manual for the aircraft type had been issued by the manufacturer, responsibility for authorizing repair techniques having been acquired by an outside company after Grumman discontinued support for the type.

The accident aircraft had been acquired by Chalk's in 1980 and had been upgraded to a G-73T Turbo Mallard in July 1981 when its original Pratt & Whitney Wasp H piston engines had been replaced with Pratt & Whitney Canada PT6 turboprops.

As a result of a number of incidents involving Chalk's aircraft, concern had arisen among Chalk's pilots about the state of repair of the aircraft. Pilots had experienced a number of engine failures, and in one incident an elevator control cable snapped in flight, although fortunately the pilot was able to land that aircraft safely. This led to several of Chalk's pilots reconsidering their position in the company, and one, having suffered four engine failures during his period there, and having a wife and new baby to support, resigned his position over what he perceived as persistent maintenance issues with the fleet.

After the accident all remaining Mallards in the Chalk's fleet were grounded. Subsequently, all were discovered to be suffering from severe corrosion with many showing signs of sub-standard repair during maintenance.

Twenty people -- 18 passengers and two crew members -- were on board. There were no survivors. Just over half of the passengers were Bimini locals returning from Christmas shopping.

Sergio Danguillecourt, a member of the board of directors of Bacardi Ltd. (and a great-great-grandson of the rum company's founder Facundo Bacardi), and wife, Jacqueline Kriz Danguillecourt, were on board. Sergio Danguillecourt undid his seatbelt likely as an effort to escape the aircraft; he either jumped or fell out of the aircraft; his body, the last one found, was recovered by a fisherman near Key Biscayne, nine miles from the crash site. The bodies of all the other passengers were found still strapped in their seats.

The story of the disaster was featured on the ninth season of Canadian National Geographic Channel show Mayday (known as Air Emergency in the US, Mayday in Ireland and Air Crash Investigation in the UK and the rest of world). The episode is entitled "Cracks In The System".

In the pilot episode of the television series Miami Vice, "Brother's Keeper", the Chalk seaplane used by the drug dealer to evade Tubbs & Crockett following a chase was N2969.